Jane was elected chair of MDNPCA in October 2020. Born in East London, raised in Essex then Hampshire she moved to Dorset at the age of 18 to train as a teacher and never left! She taught in various schools in Dorset including Upton, West Moors and became deputy head teacher of a Poole school. Retired from teaching, she now retains her school links as a governor at Merley First and Portfield (Autism Wessex) schools.

She became involved with the association when she moved to Corfe Mullen in 1997, then Broadstone in 2002. Initially helping her husband she increased her involvement in the local party. In 2013 Jane was invited to join the then parliamentary candidate, Michael Tomlinson, target seat campaign team for the 2015 general election and was delighted to help turn the constituency blue. She has helped at every election in the constituency since 1997.

Jane served as a councillor for Merley and Bearwood, Borough of Poole council, from 2015 to 2019. Her roles included chairing the Health and Social Care Overview and Scrutiny committee, member of Children and Young People committee and Dementia Champion.

Jane has been married to David for over 30 years. They enjoy travelling and walking, especially when delivering leaflets. She is a lifelong West Ham United supporter with Bournemouth AFC as her second team. 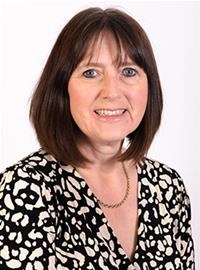