Background: Poole-born, Bill served in the Royal Navy for 25 years until 1997 when he set up an auction company selling items of postal history such as historic letters. His children range in age from 7 to 18 and are being educated at local state schools.

Councillor: First co-opted on to Lytchett Minster and Upton Town Council in 1999, he rejoined the Council in 2020

Bill has twice unseated existing Liberal Democrat councillors, firstly in 2007 in Lytchett Minster & Upton West where he served 12 years as a District Councillor. He also won the Lytchetts and Upton County Council seat in 2016 and served on both Dorset County Council and Purbeck District Council until councils were merged in 2019.

As a Purbeck Councillor, for four years Bill chaired the Licensing Board while also the portfolio holder for Inclusion & Communities; with responsibility for all things health, policing and community. He was also interim chairman of the Police & Crime Panel.

As a Dorset Councillor, Bill chairs the Appeals Committee for the whole of Dorset and serves as the Vice-Chairman of the Western & Southern Planning Committee.

Other: A key figure in the local Conservative branch for many years Bill is also President of the constituency-wide Association.

He has introduced and run many schemes to make the area a safer and better place to live including the still active Upton and Lytchett Minster Speedwatch and P.A.C.T [Partners And Communities Together]. He campaigned for many years for a Zebra Crossing on Dorchester Road, Upton and was successful in getting it sited opposite Sea View Road in 2020.

In Spring 2020, Bill, always a champion of the underdog, established and then led Upton Together, a community organisation with 50 volunteers which helps many hundreds of our community and beyond to access shopping, prescriptions, financial assistance, anonymous access to our food bank and much more. He is committed to ensuring Upton Together continues to deliver vital local services. “My Community is my beating heart and I am at the heart of my community” 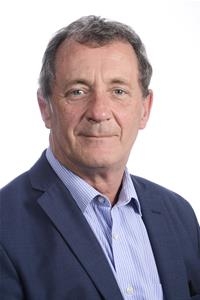