Your Local Councillors In Corfe Mullen Lead The Way 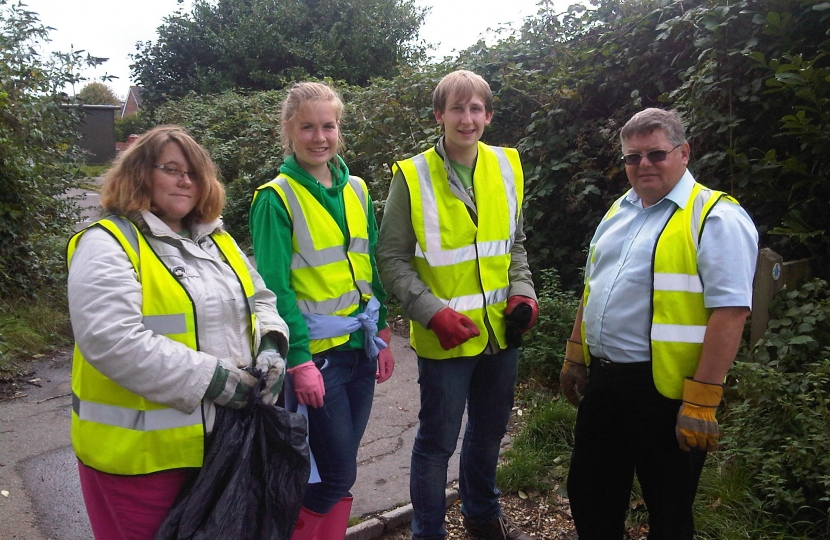 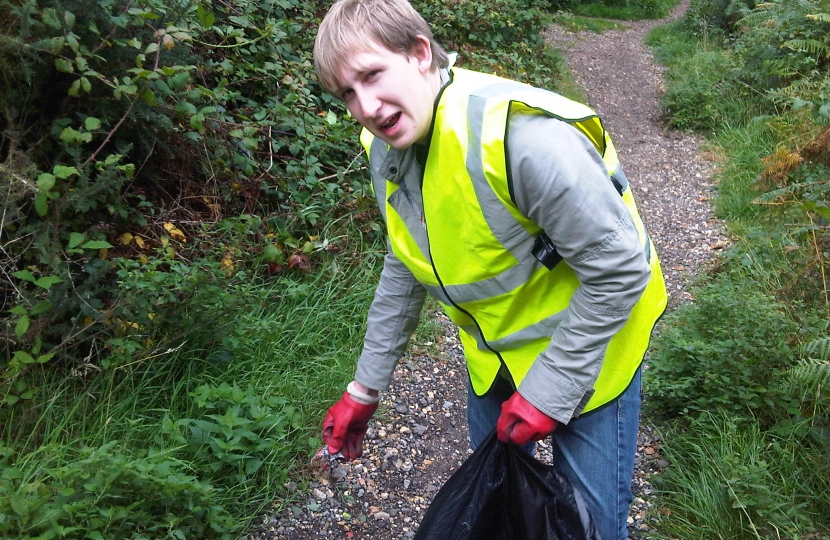 Councillors Sarah Burns and Patrick Edwards lead the way with a litter pick at the back of Corfe Hills School.  Explaining why she chose that spot, Cllr Sarah Burns said: "A lot of people have mentioned to me that the footpath is often covered with litter and so we decided to start there."

Sarah and Patrick were joined by Stuart Addy, Michael Tomlinson and Zoe White.  Commenting afterwards Michael Tomlinson said, "There was a lot of rubbish when we started.  We were there for only a relatively short time, but with the group of us we managed to make a difference."

If you would like to suggest an area that needs a bit of a tidy up, then please do let us know and we will find a group of willing volunteers!

If you would like to join us for litter picks or similar projects in the future, then please let us know and we will be in touch.